Why choose a villa in the West Lake area?

Why choose a villa in the West Lake area?

The West Lake area is being evaluated as the optimal choice of the international community in Vietnam, reflected in the increasing number of international residents in the area.

The West Lake area is being evaluated as the optimal choice of the international community in Vietnam, reflected in the growing number of international residents in the area.

Projects that satisfy the thirst of West Lake villa are in a state of "out of stock". West Lake area is located in the land area which is assessed as "the most near-sighted, the second-close-giang, the three-way-high". According to the old concept that heaven is favorable - favorable - harmonious, it's worth working for and living for a long time.

Civilized life is a top priority

Survey of international visitor psychology, most of them said that the first criterion for finding a place to live and work was the area that formed a large community of foreigners. 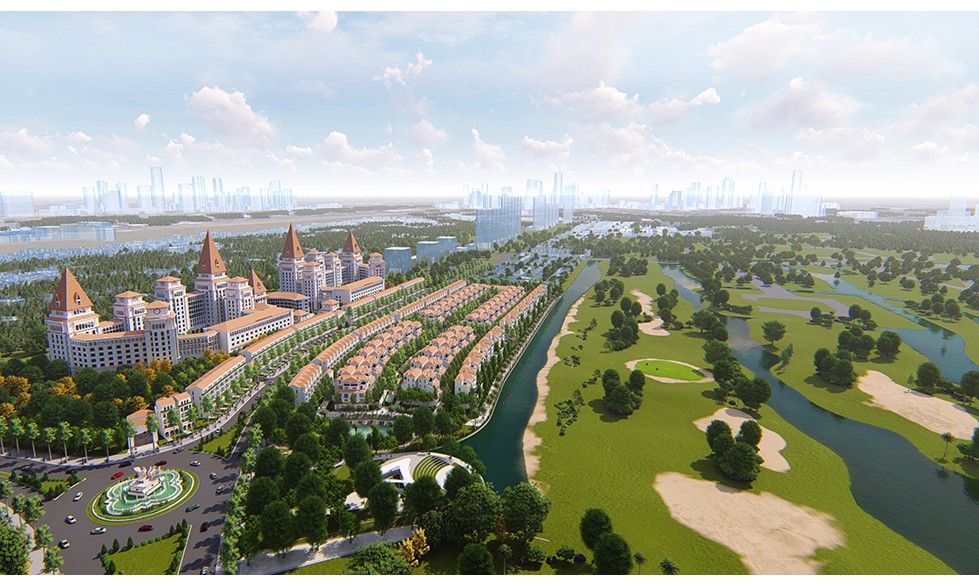 Sharing with the reporter, Mr. Danell, a Malaysian who is currently the Managing Director of the fitness center in Cau Giay District, said: “I have lived in Hanoi for nearly 10 years and am looking to buy a high-class apartment. issued to not rent. The West Lake area is my favorite area. The beautiful location is probably not to mention, but I prefer the civilized community when many foreigners live.

If living in an area with a large international community, there will be infrastructure, living facilities suitable for foreigners, and conditions for learning and interacting with compatriots ... ”.

In fact, the West Lake will become the largest international community in Hanoi when the Vo Chi Cong road is very convenient to the airport, to areas with large factories and factories of Korean units, Japan, Dai and Trung like Dong Anh, Gia Lam, Me Linh, Thai Nguyen, Bac Ninh and Bac Giang

In 2019, some ministries and agencies will move their headquarters to Tay Ho. In particular, many units promote trade, tourism, foreigners. Among the units, the Korean investor expects Starlake Tay Ho Tay to become the largest international community. In the Diplomatic Corps area, there are 13 embassies that will gather to live and work.

West Lake is likened to the biggest "green lung" in the heart of the city. The fresh, cool atmosphere here is not only good for health but also a positive energy to start the day full of excitement.

West Lake is the spiritual land of Hanoi. A gathering branch of the Red River bulges in the section passing through the center of Hanoi can be compared to the belly of a dragon holding a pearl in one arm.

Feng shui experts also explained, traffic capital as well as blood vessels in the body, circulation is not smooth causing traffic congestion, according to feng shui that state is "deadlock". The completion of infrastructure and roads around the West Lake area has had a great effect in solving this "deadlock" situation.

Policy of the Government and Hanoi to 2030, vision to 2050, infrastructure when upgrading and expanding a series of arterial roads. By the end of 2018, the Pham Van Dong route of 93m wide connecting the belt 3 is expected to be completed, reducing the load of regional traffic pressure.

In addition, the extended Nguyen Van Huyen route, parallel to the urban railway No. 2, connecting through the large urban areas of Ho Tay - Ngoai Giao Doan is being developed, becoming a traffic connection point in the area. areas and neighboring provinces, helping to move quickly and conveniently.

The traffic problem is solved also means that Tay Ho Tay becomes an important area of ​​the capital, connecting with many major transport routes, including only 10 minutes to Noi Bai airport and 20 minutes to the center. downtown and few minutes of moving between urban areas.

Thus, the West Lake area has gathered all the elements needed for modern life and no shortage of quintessence for the ideal life. And it is no coincidence that businessmen believe that the real estate of Tay Ho has smashed the stillness of Hanoi market in 2018. The heat of Tay Ho not only makes the heart of the domestic middle class but also Top choice of international guests.

But in the whole picture of West Lake was too perfect. Customers will return to choose good quality projects, reputable investors and especially the progress is closely monitored.

Like Danell, foreigners who definitely want to buy or rent a project will pay attention to the progress of the construction, then the cost. Many people believe that they only make money when they track the progress of a project as committed to the customer and can only wait for the project to complete in a short time.