For a long time, the West Lake area is considered as a valuable land of Hanoi capital with natural beauty and fresh air from the lake with an area of ​​over 500 hectares,

For a long time, the West Lake area is considered as a valuable land of Hanoi Capital with natural beauty and fresh air from a lake with an area of ​​over 500 hectares, with an circumference of 18 km of West Lake. Even as Hanoi expands in all directions, this area still retains its status as the "wealthy", luxurious, upper class of the capital.

Green lung in the heart of Hanoi

Just turn to Thanh Nien Street, Ha Thanh people have felt the cool, fresh air different from anywhere else in Hanoi. In the heart of the bustling capital city, cars like looms, West Lake spreads space with a very large surface of the water, enough "air" to regulate the air for the whole area. This area is also special in that, even in the middle of the center of Hanoi, the congestion situation rarely occurs, even almost no congestion. 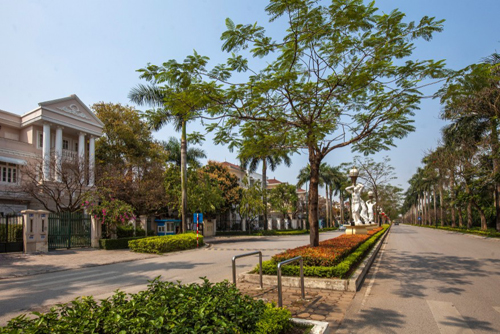 For such reasons, for many years, West Lake has always been a worthy place to live, chosen by many "giants". Also in this area, the density of foreigners living and working is much higher than other areas, rents are always high, the occupancy rate is approximately 100%. Because the West Lake cannot be expanded, every m2 here is because it is like gold. Many native Hanoians who have lived here for a long time almost never want to move to another place, anyone who has a house is also less willing to sell so if a few have a villa for sale hundreds of billion, prices at 300-400 million / m2, finding buyers is not too difficult.

At high prices, under such natural conditions, the majority of houses in this area are villas. From old-built old houses to modern ones, built in recent decades with definition of contemporary architecture, West Lake villa has hundreds of units. Each owner has an aesthetic gout, but it seems that everyone who has a home here also loves the open design, to have more access to nature, if near the lake, design so that the widest view overlooks the West Lake. is always a prerequisite.